Write a Review
Hyundai of Greer 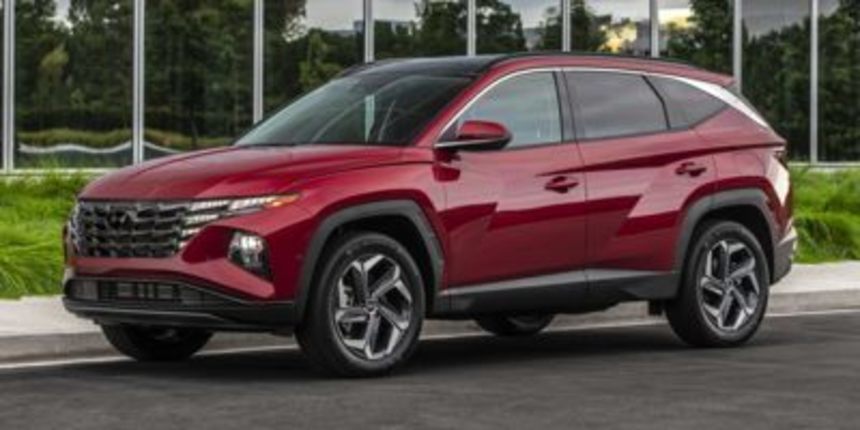 04/15/2021 Category: Service
Car
They treat you with respect and and take care of you while you are there waiting for your vehicle
Recommended
JS

04/13/2021 Category: Service
Friendly Staff
Everyone at Hyundai of Greer was super friendly and helpful!
Recommended

04/09/2021 Category: Service
Lack of communication
Car was purchased on December 29, since then I have been to the dealership 4 times and called 3 time. Still not getting anywhere.

Thank you for taking the time to provide us feedback. I will be reaching out to you to remedy any concerns you have.

04/09/2021 Category: Service
Great service
I always bring my vehicle to the dealership for service. I know that it’s in great hands and they have a very friendly staff.
Recommended
FJ

04/08/2021 Category: Service
Small and efficient
Seems there a lot of staff for size of facility
Recommended
MF

04/07/2021 Category: Service
Cars and people out front are great. Maintenance Contracts, not so much.
Title says it all
Recommended
KB

Thank you for taking the time to provide us feedback. My self and my team will be reaching out to you today before the end of business.

04/07/2021 Category: Service
Brandi is awesome!
Brandi is the best!! The service crew is amazing!
Recommended

03/29/2021 Category: Service
Great service
Service department exceeded my expectations. I enjoyed valet service as I wasn't comfortable driving my car to the dealership. The pickup was prompt and I was kept informed on the progress and when to expect the return of the car. All personnel involved were competent and professional.
Recommended
ML

03/30/2021 Category: Service
Unprofessional Experience with Service Department and GENERAL MANAGER
I spent nearly a half an hour with Fred Davis, General Manager of Hyundai of Greer, on the phone reference a survey we submitted on the Service Department. This experience was probably the single most unprofessional and unethical experience that I have ever been a party to. I was bullied, bribed and/or blackmailed by the General Manager, Fred Davis. His purpose was to entice me to change my overall survey rating. I explained that the survey was based solely on our experience with the Service Department.
During the conversation I explained that the survey spoke highly of two of his employees (as was specifically detailed in the initial survey, where they did receive 5 stars). I explained how these two had saved a long-time customer for both Hyundai and certainly the Greer location. Once I told (and again specified in the initial survey) Mr. Davis that all of the negative comments were directed at the Service Department. He informed us “confidentially” that he suspended the employees involved, even the two who had helped us. In addition, he wrote letters of reprimands on them both, as well.
At that point, I said that these punitive measures were directed at the two employees that had gone above and beyond to save a bad situation and that they were the most professional and concerned people that we had dealings with. His response was that when there were bad surveys that someone would be reprimanded. He then said that he would offer us VIP service and pick our cars up for service as long as we owned the cars. He obviously was putting survey scores ahead of his people. He then reiterated that only way to remove the punitive measures from these two employees was for us to change the original survey to 5’s, regardless of the documented fact that these were the two who specifically did all they could to fix the bad situation. So, knowing that we cared about these two employees, Mr. Davis used that to attempt to coerce us to change the score. We finally agreed that we would redo the survey related to the two employees specifically, but would not change the rating for the service department. Mr. Davis, said he would contact the employees and then they would call us and Mr. Davis would also call us back. Only one called us and Mr. Davis never called us back.
Mr. Davis indicated that he had no control over the discipline and indicated that it was corporate that set the policy that anyone linked to a bad survey would be part of any disciplinary action REGARDLESS IF IT WAS GOOD OR BAD. My wife and I explained that that didn’t make any sense because it was a Service Department Survey and the only mention of these two employees was written in the most positive light possible. When we called corporate they indicated that all Hyundai Dealerships were independently owned and all policies were administered locally. So, Mr. Davis, in fact, did have authority (and I would say) had the moral responsibility to read the survey and act accordingly. It appears that Mr. Davis was upset with the survey and instead of responding to the survey as written, Mr. Davis used it to punish two good employees and use it to coerce, bully and blackmail us into rescoring the survey.
We contacted Hyundai Corporate and we have left a message for Mark Escude, President of Hyundai of Greer, to discuss this situation. We were going to wait for a response from Mr. Escude’s office prior to filling out this survey. We requested a second survey on the sale of the vehicles we purchased. Mr. Davis responded with “no problem”. Have you completed the one I sent today? We responded back that we would when we received the other survey. His response was “No problem, you don’t have to complete it, we close out the surveys tomorrow at 12:00”. We said we would complete them by noon tomorrow. He then, suddenly, said he could not send the other survey. Only poor surveys could be sent by him. We then indicated that we wanted his name and title. He said that he would keep the original and “Implement his Process” which I will assume is the continued disciplinary action against your two valuable employees. A last ditched attempt to coerce us to rescore the survey. We had to ask a second time for his name and title. He provided the requested information.
The next step will be filing a complaint through the Better Business Bureau. Additionally, in our conversation with the Hyundai Corporate representative, he indicated that there were procedures for alternate resolutions where the employees could in fact file a grievance complaint for the punitive actions in place. if I were these two employees, I would take legal action against Mr. Davis and Hyundai of Greer. I can only imagine the atmosphere that has been created through unjustified disciplinary action.
Again, I would like to speak to Mark Escude. However, because Mr. Davis said that these surveys will be closed out by 12:00 tomorrow. I don’t have the luxury of waiting and letting this situation go unreported.
Original Review

Thank  you for taking the time to provide us with feedback. I will be reaching out to you before the end of business to address your concerns.

03/21/2021 Category: Service
The people and location
Nothing
Recommended
LA

Thank you for taking the time to provide us feedback. I will be reaching out to you withing the next business day to further assist your concerns.

03/17/2021 Category: Service
Love this place
Always greeted with such a pleasant smile and attitude. The service department is a step above the rest. It all starts with Brandy thru Kamil.
Recommended

Thank you for your positive feedback!!

03/14/2021 Category: Service
Good Customer Service
The manager and his team are exceptional. They stayed in contact with me with updates on my vehicle. They also made sure it was properly fixed before returning it.
Recommended

Thank you for taking the time to provide us positive feedback.