2300 W 7th Ave
Eugene
Eugene, OR 97402
(541) 343-8811
Send a message
www.sheppardhyundai.com
About Sheppard Hyundai is conveniently located in Eugene, OR. Our service center is staffed with expert technicians who provide quality Hyundai repair and maintenance. The Sheppard Hyundai’s factory certified technicians are trained to ensure your Hyundai runs well for the road ahead. Call or email us to set up an appointment today.

02/13/2020 Category: Service
Great followup
Was surprised and impressed by followup by both the service and general managers. Both listened to and addressed my concerns. I will gladly give service department a second try.
Recommended
Original Review

02/13/2020 Category: Service
Service Department
This is the third Hyundai I have purchased. Have always been pleased with sales never impressed with service department. Did not feel welcomed and felt like I was an inconvenience to service receptionist. After a couple of visits to the service department in the past ended up taking car to another dealership service department which are friendly, courteous, knowledgeable and respectful. I recommend Hyundai and Sheppard sales but not so much service.
Recommended

I am very sorry you had this experience with the staff here at Sheppard Motors. We strive for 5 star reviews , thank you for your honest feed back. It looks like we have a few things we need to work on.

10/02/2019 Category: Service
Needs Improvement
I want to clarify that Dustin and Ilya at the Service desk were respectful, and Brian was attentive to my concerns, but I just wish the service department would return my calls. The staff admitted that my car was not returned in acceptable condition as my property was strewn haphazardly around my car, under the seats, on the back seat, on the floor and I even found something that was definitely NOT trash in my litter bag. I called again today and Brian did not return my call.
Original Review

10/02/2019 Category: Service
Needs improvement
I just wish the service department would return my calls. The staff admitted that my car was not returned in acceptable condition as my property was strewn haphazardly around my car, under the seats, on the back seat, on the floor and I even found something that was definitely NOT trash in my litter bag.
BB

I am again truly sorry your car was returned back to you in that condition  , my technicians and I had a meeting and we have new policy in effect for removing customer personal items when removing dash and center consoles. I am also sorry the part took so long to get here from the manufacture. Hopefully we can make this up to you in the future

08/26/2019 Category: Service
Outstanding response
I recently left an unsatisfactory review. I was called within an hour to get details and schedule an appointment so that the issue can be reviewed. I am very impressed with the speed of the response and have high hopes for the eventual outcome.
Recommended
Original Review

08/26/2019 Category: Service
Less than expected
While I do not have very high expectations from this dealership, this visit lowered my opinion even more. I went in to have a loud clunk in the front end investigated. I offered to take someone out for a test drive so I could help them locate the issue but was told it was not necessary. They found no issues and released it. I have this documented so that when the front end falls out from under the car my heirs will have recourse. There was a bright spot, the shuttle driver was pleasant and efficient.
BB

I am sorry you had this experience with our dealership, we have set an appointment to have the car re inspected and I will be going on a test drive with you. Thank you for your response.

Thank you for the updated review.  We appreciate you giving us a second chance.  We hope you return to our dealership for your vehicle needs in the future.
-Sheppard Motors Service Dept.

Our staff is new and learning our process here at Sheppard's. I am sorry to you experienced this level of service we strive to be much better then this. I hope you give us another chance with your vehicle we are growing and learning all the time . Thank you for your feedback.

Sorry for the miss communication here, it looks like we where to advise why the washer fluid was not working, I read on the report the washer motor needed to be replaced but that work was not authorized . Please call and lets get this situation corrected.

I am very sorry about the misunderstanding on the oil change charges , we should have never had you waiting that long again very sorry .

02/22/2019 Category: Service
Not!
Need improvement in trying to call service department...getting ahold of an actual person is ridiculous, or at least answer voicemails left! My hub cap and valve cap were missing after you patched my tire ..ya kinda have one job...complete it! However I did feel the employees were very nice, and they did find my missing parts and apologized...so just really think if you improved your service department phone service it would be a huge help!
BB

We are truly sorry the center cap and valve stem cover got left off.  We fixed our phone system so hopefully we  wont have that problem again. Sorry to hear you had a bad experience , and understand you are going to the dealership where your free coupons work. Hopefully we can make it up to you in the future.

First I would like to apoligize this is not somthing we usually have issues with, after talking to Mr Silva on the phone we have disussed the next steps in geting his vehicle repaired. He is going to call me if the car starts acting up again , at this point he agrees the vehicle seems to working back to normal .

Hello Hallie,
I am Brian Bennett here at Sheppard Motors and I am very sorry for the experence you had at the service department. I would like to talk with you when you get the tail light replaced or please give me a call at you're convenience.

08/17/2018 Category: Service
A hassle every time.
I am tired of the mistakes and inconveniences I keep having with this service department. They aren’t consistent or reliable and are not particularly considerate of the customer’s time. I have had to make sebsequent and duplicate appointments several times. I’ve scheduled cleaning/detail services with them on the same day I had maintenance scheduled to get it all done at once, and they have called me at the end of the day (after having the car all day) to tell me the cleaning/detail couldn’t get done because they were understaffed. This happened twice. One of the times, a salesperson hurried to just vacuum it before I got there which was nice, and was the only time anyone has actually tried to do anything to compensate for the many issues or mistakes. I don’t bother with scheduling details or cleaning there anymore. They have made multiple errors with my account including completing factory recall work more than once due to record-keeping problems. I had an oil change this week and they determined that the air filters should be changed (which they said is quick to do and at no charge). Instead of just doing it while the car was already being serviced, or calling to get permission if they needed it, they told me to come in for another appointment. It’s always a hassle there. I have a busy life (like everyone else in the world) and don’t need or want to make multiple appointments for simple regular maintenance that could and should have been done in one appointment. It’s incredibly inconvenient to coordinate being without a car during typical work-week hours, and having to do so twice for something so simple is frustrating. This on top of the many other issues makes it impossible for me to recommend this service center to anyone else.

I apologize for the horrible service you received, as there is no excuse.

Please know that I hold to my offer of replacing the filters at no charge to you, as a consideration for your time.

07/13/2018 Category: Service
Communication and competence lacking
Did not keep me up to date on vehicle, had to frequently call them back. Told them what the exact problem was upon dropping off but it still took them three hours to diagnose. Could not read own service report upon pickup and I had to explain items in it to them.

I apologize that the service you received, was not satisfactory.  I appreciate the time you took to speak with me on the phone, as it helps us to improve.  Thanks again for the feedback!

06/14/2018 Category: Service
I'm still mad
we bought a car from Sheppard at 12,000 miles. At 16,000 miles, we brought it in for an oil change. diagnostics indicated that the fuel system needed cleaning. they charged us $177 for a service that should have been done before they sold the car to us. 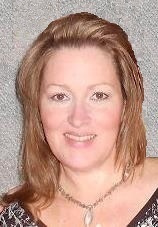 I apologize for the confusion and lack of service you recieved!

We appreciate your business and will strive to make everything right.

We look forward to fixing your issues that you and Mary discussed and we'll take good care of you again!

Thank you so much.

04/03/2018 Category: Service
Awful Experience
Took my daughters car in for a factory recall. Asked if they could let me know if a couple of other things were issues, called me back to say they had run all these tests on my car and that the things I asked about were not of any concern (however now they were going to charge me $150 for the free factory recall). However, they found a major safety issue with the front axle and that it needed to be replaced immediately (the paperwork had bright red saying to do immediately). It was going to cost $800 for factory refurbished part and over $1000 for hyudai factory part. I felt very uncomfortable with the whole situation and when asking questions they had no answers and the technician wouldn't even come out to explain it to me, yelled across room about it being a refurbished or not refurbished part. I said I would take care elsewhere, called 2 other local shops to replace the front Drivers side axle (read it directly from the Sheppard paperwork about what needed to be replaced) one said it would cost $325, the other said $296 (parts and labor). When I brought the car in, I showed them the paperwork, they said it made no sense and that they would like to run their own diagnostic (free of charge) to see if I even needed the axle replaced. Got a call, the axle is fine, it was leaking from the boot around the axle because one of the clamps was no good, they replaced the clamp - $53 and the car is as good as new, no leak. This was clearly either someone trying to rip someone off or someone who doesn't know how to repair cars, either way it was a horrible experience. I would not recommend Sheppard to anyone and in the future will go out of town to another dealer if I need a future recal fixed.

I apologize for the confusion, as this was her grandfathers car we discussed the diagnosis charges, which you agreed to at sign in!

I apologize we did not meet your expectations.  We have been working hard at making the customer experience better, and we have a lot of work to do.

Thank you for the feedback!