16610 35th Ave.
Arlington, WA 98223
(877) 440-4938
www.dodgechryslerjeepofsmokeypoint.com
About At Dodge Chrysler Jeep of Smokey Point, customer satisfaction is our highest priority. Our staff is committed to this in every area and will get you into the car or truck you choose with professionalism and attention to your needs. 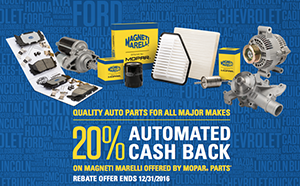 03/04/2021
do NOT trust them
I recently had a repair done by these guys on my jeep because I didn't want to buy a press for the bearing. When I had my jeep in for the axle seal replacement, their service counter person "T. Gavin" as he's called on their text service, tried to tell me that my rotors were gouged, my brake pads were metal on metal, my calipers were seized, and because of this my parking brake pads (which are drum pads in the rear for anyone unfamiliar) were almost metal on metal due to compensating for my disc pads. Now any car person may already be scoffing, but it gets better. I had them replace the parking brake pads because they had just spent the last thousand miles being doused in a gallon or so of gear oil, and I didn't already have the parts in my garage. So thats fine. My disk pads and rotors however, I did have replacements in the garage already because I'm just like that I guess. Its got 50k on it so I knew it would be coming up eventually. Now the kicker, I pulled the brake pads and rotors to reveal that the pads had EASILY 35 ish percent left on them. And wouldn't you know it I was able to work with the caliper piston just fine, and the brakes were working fine on the drive home. I understand this "T. Gavin" bub probably doesn't actually know about cars which is why he works the desk so he can try to parrot what the tech.s say in the back... But this guy straight lied to me. And when I called him out because I had done an inspection on the brakes about 2 thousand miles before bringing the jeep in (i was driving to Utah and back so I did a fairly detailed pre-trip inspection on all the normal suspects), he doubled down and tried to tell me that the parking brake and disk brakes were connected. Dudes a snake, a thief, and a liar and he clearly thought I was some idiot that he could feed bull- to. Although I brought my jeep to a dealer, so maybe I am an idiot. The repair seems like it was done well. Gear oil topped off, everything cleaned up, could tell they cleaned off all brake components when they were done... Not sure if they actually pulled my dif. cover to fully drain and re-seal it. But also not sure if I would trust them if they said they did. But whatever.

TL:DR-- This dude lied to me about parts i needed. I called him out because i checked prior to bringing it in and he doubled down. then when he explained why i needed them, he didn't even understand the system he was talking about in the car
TF

07/29/2012 Category: Service
Very poor customer service from salesman
salesman lied about everything with the truck. However the manager did come through and made a few things right still would never go back for another vehicle
EM

07/22/2012 Category: Service
Good Service, great prices.
Got oil change for a competitive price in a reasonable amount of time. Mechanic also checked a few areas of concern I had at no extra charge.
Recommended
MW

07/17/2012 Category: Sales
Very helpful!
Richard the salesman, was very helpful! The car I wanted was getting serviced so they gave me one that was comparable until mine was ready. I will go back to buy another car there!
Recommended
HB

07/16/2012 Category: Service
Very Polite and Quick
I called a few dealerships to have my minivan looked at, and they couldn't get me in quick enough. Rairdons in Smokey Point got me in the next day, and diagnosed my problem quickly. Everyone was very polite, friendly and I will go there again when I need to take my car back in.
Recommended
AK

07/16/2012 Category: Service
the best service department ever
Yes i work here and this is reviewing myself. Took me over a week to get my oil changed because we put our customers needs before are own and pride ourselves in that fact. What ever it takes to get the job done and have our customers leave with a smile. I want to apologize for the lack of service car washes for our customers. This is due to environmental reasons and an attempt by our dealerships to help keep our wildlife safe around the puget sound. We appreciate our customers support in our efforts to do so.
Recommended
CG

07/15/2012 Category: Sales
Everyone was great, friendly and knowledgeable, great experience.
It was really great and everyone was very helpful and nice.
Recommended
AB

07/15/2012 Category: Sales
Great place to buy a car!
I have purchased 2 cars now from Vincent he is excellent and they really work with you on payments and financing options. I am very happy will be going back when I buy a new car.
Recommended
DK

07/15/2012 Category: Service
15,000 service
Got the service done quick, one minor issue with the wrong part but they owned up to the fault and took care of the problem.
Recommended
AA

07/15/2012 Category: Service
quick no hassle
All work done within an hour, even had a car wash. Great Job
Recommended
BR

07/14/2012 Category: Service
Came in for oil change appt
Got my jeep right and and did the research for the 2 problems and will be called when the software is ready to be added.
Recommended
MM

07/14/2012 Category: Service
Gave me good, fast service.
I had a little spring that is used for the rear end seal that we leaking. They got me in right away and took care of it, with NO CHARGE !
Recommended
JH