93% Would Recommend
Latest Review 10 days ago

06/02/2021 Category: Sales
Very friendly and honest buying experience
I highly recommend shopping here if your in the market for a Genesis or Hyundai vehicle. They truly understand customer service and the importance of fulfilling their commitments. I was amazed by how they went above and beyond my expectations to locate the vehicle I was in the market for. and they were relentless in the pursuit of my expectations. Their network of relationships with other dealers was remarkable. They delivered on time as promised. I will definitely be doing business with them again in the future.
Recommended
AS

04/09/2021 Category: Sales
They care about my business
Every knowledgeable people
Recommended
SHANE L. from Headquarter Genesis responded on 05/07/2021

Thank you for filling out the survey.

10/10/2020 Category: Sales
2020 Genesis G80 3.3T Sport
Absolutely LOVE my 2020 G80 3.3T Sport!
Drove 5 1/2 hours to pickup my new Lease;
Reason: Tony Frazier!! Best, most Friendly,
most Knowledgable, and Professional Genesis
Salesman on the Planet. When you’re ready for
A Genesis, Headquarter Genesis has my Highest
Recommendation, and I strongly suggest you
ask for and work with Tony!!
Recommended
CW

08/12/2020 Category: Sales
Great buying experience
Having purchased many cars in the past I like many car buyers are likely reticent to walk through any dealership front door not knowing what to expect.
Contrary to prior experience I found all aspects of my latest purchase of a Genesis G70 to be rewarded and non stressful
The careers all my needs and the sales person Justin was very knowledgeable and not pushy.
The business outcome was fair and upfront
Vehicle delivery and features explanation excellent
A thoroughly uplifting experience
Recommended
ER

03/15/2020 Category: Sales
Everyone from the sales manager, salesman and the finance manager were very helpfull
Tony Frazer and Chuck Brumm worked very hard to correct a difficult situation and get the deal done. I very much appreciate their efforts.
Recommended
ER

01/03/2020 Category: Sales
Tony Frazier has worked very hard to correct the problem
Throughout the leasing process Tony has been been very professional. He has answered most of my questions before I ask them. I always felt comfortable while going through the contract process. Tony's explanation of how to use all the various devices was clear and concise.
Recommended
Original Review

12/30/2019 Category: Sales
I was leased a new car with a defective paint job, they can't seem to fix the problem
See above
TF

Per our resent conversation I just wanted to follow up with you. I do strive to make sure that every client has the up most best Genesis Experience every time and I always want to make sure everything is as it should be.

I have been following up daily with the progress on your Genesis G70 and will insure that everything is correct once they have completed the work and that you are happy with your purchase.

Please feel free to contact me at anytime if you have any questions. This email will be followed up with a link to review me again and I know I can count on you for perfect score.

At the end of the survey please add any comments that you would like to add min regrade to the car it's self.

Thanks again for your business and have a wonderful day.
Tony Frazier
Genesis GX Manager

12/05/2019 Category: Sales
Knowledgeable staff and great pricing
Great experience with both sales and finance dept. I ended up getting $8750 in incentives to get me where I wanted to be for a monthly payment.
Recommended
JS

10/29/2019 Category: Sales
Listening skills
They listened. They responded to my questions and needs.
Recommended
TK

09/19/2019 Category: Sales
Tony is dedicated.
So, the car I purchased had been on the lot since February (i.e. pretty much the first shipment since Genesis vehicles were stalled in Port due to the dealership franchising debacle that stalled the release of any 2019 Genesis products in Florida, Texas, California and Washington (and a few other states).

I had test driven it a few times, and kept trying to get a match on a deal a buddy got in NJ which included Circle A Plan pricing, the base money factor rate (the subsidized value thats a special/incentive rate from Genesis), and additional dealer discounts. The last bit was the bone of contention. After visiting or calling nearly every FL dealer, I couldn't get that done.

I had made plans to go to NJ to pick up one they had on their lot, they could match the price, but at 12k/yr vs 15k my friend got.

I contacted Tony just in case and he said he would see what he could do. I was contacted back that they could and scheduled an appointment.

The first paper the sales manager brought was an amount of just circle a plan and th available incentives (which any dealer could provide). They explained they had no wiggle room and I was again ready to walk. They came back later with a payment that was $10/mo higher than the deal I would get in NJ and I signed the papers as the cost of plane tickets and shipping would nullify that $360 additional savings.

Unfortunately after everything went through and was signed, it got kicked back from Genesis Finance. The immediate FICO auto score was fine to get the vehicle at the best Money Factor rates and approve the loan, however, I this was my first auto loan as previously I had just bought in full in cash. I needed a cosigner, which I understood; having a thin credit profile (albeit with a good score) could let me walk on pretty much any Hyundai product, but as this vehicles MSRP was $52,000 I would understand their finance company's want for an additional signature.

Unfortunately, my cosigner wouldn't be able to make the long trip from home to Sanford. Tony drove nearly 2.5 hours one way just to bring the paperwork to sign.


There was also an additional mixup later on where my precious vehicle didn't qualify for loyalty as it was a 2015 Genesis sedan and didn't count for the discount (only Genesis branded vehicles from 2017+ would, though every dealer I had called said mine should work, this would be a logical assumption to make, so no blame here. It came as a surprise to all of us.) The general manager texted the paper that needed to be signed because luckily, another car in the family qualified for the conquest discount which equaled the loyalty. I was able to have that signed and sent back to the dealer.


Overall, there were a few hurdles that had me worried, but the dealership handled them well and as timely as possible. None of these issues were the fault of the dealer and were handled with professionalism.

The sales experience from Tony was excellent. He cares a lot about his customers. We will most likely purchase another vehicle from him for my fiance within the next couple of years.

I'd really give Tony a chance, especially if you're seeking a Genesis product. I'd even consider it if you were out of state.
Recommended
GB

04/22/2019 Category: Sales
Fransisco Is the Best
Buying this car was easy and painless all thanks to Francisco. He was helpful and informative but most importantly he was not pushy and did not try to talk me into anything. The first time I went to look at the Genesis I told him there were a couple of other makes I wanted to consider and I so appreciated that he respected that and did not call me and bug me. I have walked out of other dealerships because of pushy salesmen, so he made a very big impression on me. From a practical standpoint, the car really sells itself. It is a beautiful car with everything you could want on it and more.
Recommended
RM

03/19/2019 Category: Sales
Excellent Customer Service!
I highly recommend Nick and the team at Headquarter Genesis—they were extremely helpful and made the entire process painless!
Recommended
GH 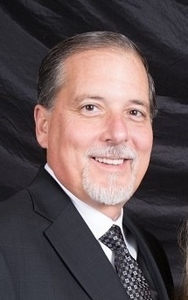 I received your responses in the survey and I am very upset and the level of service you feel you received.  I assure you we have upfront pricing and have every vehicle clearly marked with the pricing.   We did have an addendum on the vehicle because it is in high demand and short supply.  You did not however wind up paying this.   I want you to know that anything on your vehicle that was promised and not delivered will be personally taken care of by me but i need to know what you are missing.   You were presented with a written offer with price and payments on it and finance offered a menu with after-market products that you were able to accept or decline.  You have a beautiful vehicle and one that you will not see next to you on the road.  I want to maintain a business relationship and will do all I can to make sure you are satisfied.   I apologize to you for not having that great feeling of finding the one vehicle you want and the excitement it brings when driving.  Please call on me anytime if there is anything me or my staff can do to maintain you as a Headquarter Genesis customer.
William J Wolf