07/08/2020
Great staff, quality work
Great service. Mason found the issue, gave me estimates and kept me updated throughout the process. He also found some additional issues that were only apparent once work had begun. He shared pictures, prices and gave me options. I was completely satisfied with the work and the full experience from start to finish.
Recommended
AG

07/01/2020
Replacing worn out parts
Randy thanks again for replacing the water system parts in my BMW so I didn’t end up on the side of the road broken down.
Recommended
ZT

06/25/2020
Great honest service
Brought my Volvo recently purchased from Car Max in that had an indicator light on. They replaced the battery and made sure I knew what other services my vehicle needed in order to get it in tip top shape. The staff were all very knowledgeable and friendly! I will definitely come back again!
Recommended
AB

06/24/2020
Great Service
They took good care of my car for me. It runs great. I really appreciated all their help. Great service.
Recommended

Thank you for the 5 stars, Carl! We appreciate your business!

Thank you! We appreciate your business and the 5 star review!

06/21/2020
Worst place to take your vehicle for repairs
I made the biggest mistake of my life by taking my vehicle to this crook. He doesn't know what he is doing, kept guessing and throwing parts at my vehicle and adding up costs, but my vehicle is still not repaired. He called to say it was ready, so we go to get it, drove off his property about 8 miles, the engine light came back on, and the vehicle was jerking some badly. Had my son to do a u turn back to his shop. He kept it for another two weeks not knowing what he was doing, even had the nerves to say "I can't figure it out, I will call England." I had had enough of this crook, and told him don't do nothing else and we are coming to get it. When we told him we are coming to get the vehicle, he wanted to charge another $1,900 plus. He does not try to repair what vehicles are brought to him for, he calls and says other things the vehicle needs. Just a crook, money grubbing!!! He would not release my vehicle until we sued him, and got an court order for him to release it. This crook even dropped my vehicle from the rack in his shop and caused nearly $10,000 worth of damage!!! Had my vehicle for November 2019 to June 2020 because he wanted to keep throwing parts and charging. That $2,200 dollars he scammed me out of, but wanted another $1,900 when he did NOT repair my vehicle, he will NOT prosper!!!! You people out there, PLEASE read Randall's Autohaus reviews, and reconsider before taking your vehicle there for repairs, unless you just want him to change a tire, or put water in your radiator. OMG, this was the worst experience I have ever had with an auto repair. While at court outside the court room, he had the nerves to say to his and my attorney my vehicle needs a motor, well this is what he should have said or taken care of before he threw all of those parts on it not knowing what he was doing, and then wanted to charge???? It might need a motor now that he has screwed up whatever is wrong with. When we filed the lawsuit, had a court date, the day before court we called to confirm court and was told "no court" because Randall waited on the day before to file a continuance because he needed time to get him an attorney after knowing we were going to court in June since March. Now how crooked is this!!! Knowing he had not done what was right!!! God will take care of him in due time with all of his scams. This crook does not deserve a STAR at all!!!!! So Anthony, I know exactly what you went thru!!!
LG

06/18/2020
Excellent service. Very friendly and attentive staff.
My car was fixed in a timely manner at an affordable price. I felt like a received a great deal. Staff was extremely helpful and acted like they cared which means a lot !!
Recommended
CM

06/17/2020
Great Service!!!
They are great took my xk8 there it was wobbling . They took like 5 days to fix it wich tells me they took there time and did it rite.The car rides great now. I seen reviews were they said randall was rude I didn't not find that at all great guy very knowledgeable on his forien cars. My friend has an Audi TT that randalls working on and my cousin has a 911 Porsche randall has worked on. He took the time with me to tell me what else I needed on my car.There rescpinust was very nice also Thanks Randalls CHRIS MORLAN
Recommended
GB

GARY B.
Litchfield, ME
BMW Z3 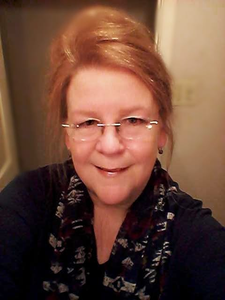 Thank you for taking the time to let us know about your positive experience, Cheryl!

06/08/2020
Very friendly and helpful
Much prefer this over the large dealership!
Recommended

Alisa, thank you so much for the 5 stars!

Thank you, Patrick! We appreciate your business!