4100 Stevens Creek Blvd
San Jose, CA 95129
(888) 838-6705
About Stevens Creek Chrysler Jeep Dodge stocks a large selection of new and used Chrysler, Jeep and Dodge vehicles and a friendly and knowledgeable staff who will get your questions answered. Also, we offer professional Chrysler, Jeep and Dodge vehicle repair at our state of the art service facility. 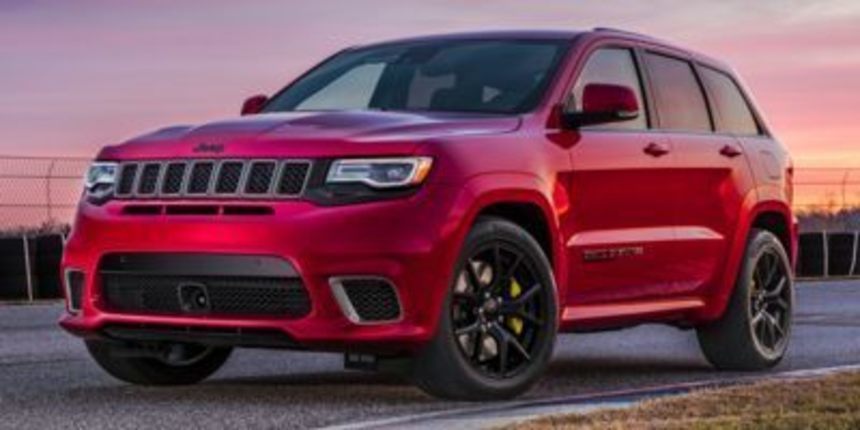 0.2 miles away
01/18/2020 - "30k service for Hyundai sonata"
&quotService is good, was provided all different options for the service. Courtesy transportation provided,..."

10/14/2019
Bad luck with this dealership service shop
I brought my jeep here for repair and have a safety recall done. Safety recall was done, and they tried to diagnosis my engine problems. $2500s later I still have issues and out my money.

Complained to the service manager, requested my money back and have not gotten a call back for a week now.

I’m really going to try not to go into too much detail. It’s very difficult as we’ve been dealing with this dealership for the last year. We purchased a used Jeep in January 2018 with a 3rd party warranty. 3 months later I take it in for an oil change and was told that the e-brake, transmission and clutch needed to be replaced. One month goes by and they finally get a transmission ordered. It took one month because our rep was inefficient and almost never returned my calls. To get something done, I usually had to go down to the shop, I even gave my own warranty company the parts & labor pricing to get the authorization, which he was supposed to do. Once that was done, they ordered the transmission, turned out it was on back order for months, but we didn’t find that out until about 3 months later when they finally disclosed this information to us. Then when we go to pick it up, they tell us our battery is dead which they covered because it was in their care. Anyhow, after a pretty stressful 5 months we finally got our Jeep back with a used transmission installed in it (which we were fine with because it included an extended warranty).

Everything was fine… Until... Two months later when we brought our Jeep in to a different shop for an oil change in which they told us we also had a transmission leak. Great, and the extended workmanship warranty is with Stevens Creek CJDR so we had to bring it back to them for the repair. They repair the leak but then another two months later we bring our Jeep in to another repair shop for the takata recall and find out that there is another transmission leak. So, brought the Jeep back to Stevens Creek CJDR for them to fix the transmission leak. They had it for a few days and said they repaired the leak but one month later while we’re on vacation and are packing up to head home, we start the Jeep and notice it sounds a little odd. When we start driving we notice the gears are kind of making a low grinding noise. We’re pretty much in the middle of nowhere so we decide we’ll attempt to drive it to the nearest town.

This whole debacle was an extremely stressful and painful process but after a year of dealing with Stevens Creek CJDR, I’m very happy that we never have to bring it back to them again. Because now, we’re 6 hours away from the dealership that just replaced the transmission and clutch so we can go to any Chrysler Dealership to cover any repairs to the transmission.
SC
Srujan C.
Santa Clara, CA

01/20/2019
My worst car buying experience
I have never had a worse experience with a car salesman. Here's a few atrocious things the salesman said:
1. We asked if we could look at the Jeep and he said sure take a look and started watching TV instead of walking us through the features
2. We asked if we could test drive the Jeep and he said "you've never driven a Jeep and you want to buy one?"
3. Then he finally let us test drive it and when I asked for the vehicle features/options he said "the normal options"
4. When we got off the test drive, we had to again ask him to give us a quote because he just walked away.
He said he can't give us a quote for lease options without filling out the credit application. He said "you're asking me to solve a problem without giving me the right information. You need to tell me how much you make, your credit score and only then can I tell you"
5. We explained to him how we always get a quote for lease optjons even without filling out the credit application. He said "well if you want a number it's $600 but I am just throwing that number at you without knowing anything"
6. He was stupid enough to say "show me one other car maker which will give you a quote without filling in a credit application"
7. He may have been making the judgement that we weren't going to be able to afford that car. It's not how you treat any prospective client and I've lost interest in the Jeep itself because of this experience.
DH
DAVID H.
Aptos, CA

Called me back and followed through...
Very pleased with their service in “Purchasing” the car and later getting it repaired.
Thank you
Recommended
MB
Marj B.
Mountain View, CA

11/27/2018
Refused to do urgent manufacturer security replacement
Bad service. We have got manufacturer notice for URGENT security replacement from Jeep and when I called to this service, they told me that next available window for this URGENT check is on April 2019, IN 6 MONTHS. When they revealed that we didn't buy our car from them, they refused to deal with us and even stopped picking up the phone. I sent notice to Jeep to make them aware about such a bad service. Boardwalk Jeep service is farther but service there is much better. I've got my urgent security replacement in couple days.
TD
Terri D.
San Jose, CA

10/14/2018
Zero stars
I have a warranty with a $100 deductible. My alternator went out taking the battery and a module with it. We were quoted $700 for the repair because battery not covered. It took them a month to repair, never returned calls would not provide a courtesy car. When we finally were notified repair was complete we headed over there because they close at 7:00 pm. We arrived about 5 minutes before seven and no one around doors closed and locked and lights off. Went back the next day and tries to over charge by $300 over what was quoted. Service department was rude and not helpful. We will never go to them again. We will never purchase another vehicle from them.
JG
jaime g.
Gustine, CA

06/15/2018
Recall service
Customer#1092346- I brought my truck in for a recall at 7:00am. I had waited one month for appt. the advisor said air bag should be completed but didn’t know about tie rod. He said he would call when completed. No word at4:00pm. I called a was on hold for about 10 minutes. Called three other times a left messages. No response. At 5:45 I went down to get truck and was told nothing had been done. The cashier signed me off and said you are all set. I said so nothing was done correct and they said correct. They did not offer to reschedule or sorry or nothing! To whom it may concern I was not happy! I wonder what the recall people would say? I sure hope the airbag is not needed. What should I do? Try again. Maybe I will contact someone who cares.
AL
Anthony L.
Santa Clara, CA

05/20/2018
Worst place
I dont know why everyone on here has good reviews. Look other places for review this place is crap worst service department and horrible customer service as well cant get help from anyone even the managers are rude so none to turn to . This place needs new workers or to be shut down I got a brand new car August 2017 had problems so took it in and they had car for over a month .so they are buying car back because they sold me a lemon and it's now 2018 may and I'm still dealing with this car and its problems because they are taking so long . I dont know how to get help to deal with these guys . Worst place ever
BS
Ben S.
Sunnyvale, CA
Jeep Grand Cherokee

04/12/2018 Category: Service
Recall Service
Everyone at the dealership was courteous and prompt. They were clear about what I was to expect and delivered on it.
Recommended
DS
Daniel S.
San Jose, CA
Chrysler Pacifica

04/08/2018 Category: Service
Never has the part
All was going good with the recall part replacement, had to make an appointment over a month ahead of time you would think the part would have been on hand but 5 hours after dropping of our Jeep a call coming in stating they do not have the part for the recall and they need to reschedule.......... :(
Linda E. from Stevens Creek Chrysler Jeep Dodge Ram responded on 04/09/2018

Earlier this afternoon, I left a detailed VM @ your Contact # on file with us.

Please know that SCCJD is implementing a new policy => procedure re: Parts for Recalls.  Next Step:  You'll be getting a phone call from a Service Scheduler for the "T56" Recall Appt. (your reordered Part was received @ the end of last week).

Our sincere apologies for the delay,
lindae