4 A Heitzinger Plaza
Seaside, CA 93955
(831) 394-4100
About Peninsula Hyundai is located just north of Monterey in Seaside, CA. Call us today to schedule your next Service Appointment. We are here to help with all of your vehicle repair and maintenance needs. 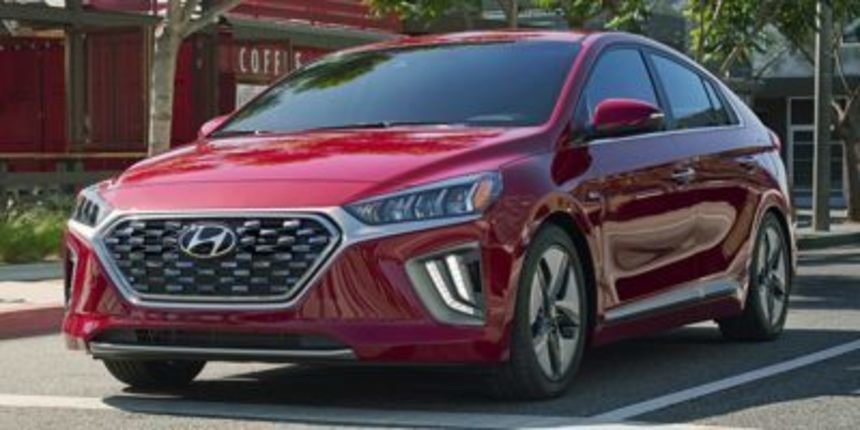 03/28/2019 Category: Service
Shady
Not confident the work was really done. Scratched my vehicle and then altered the paperwork when questioned about it. I don’t trust them.

Thank you for the great rating. We appreciate your business.

03/26/2019 Category: Service
Great service!
We visited Peninsula Hyundai for a software recall/update on our 2013 Sonata. The appointment was scheduled to last an hour but was actually completed in about 35 minutes. We waited in the very nice lounge area with TV and free coffee, tea, and hot chocolate. The service people were very friendly and accommodating. Great job!
Recommended

03/26/2019 Category: Service
Appointment
Appointment time to the repair was right on. Great job thanks
Recommended

We are grateful for the positive review.

Thank you for the great rating Walt. We appreciate your business.

03/19/2019 Category: Service
Service and kindness
Always great service and kindness when I take my car for service or recall. This time both, where performed and shuttle service provided!
Recommended
EA
Esther A.
Watsonville, CA
2016 Hyundai Sonata

03/17/2019 Category: Service
Liars, unethical behaivor and a foul attitude is the first thing you will find in the service department.
Luis Miller is a liar. He had so MANY opportunities to be straight forward and honest, but he decided to take advantage of a situation. And for what? Honestly. This is unacceptable.

Salinas Hyundai closed down before my lease expired, I wanted to make sure I took my car to a place that people have trusted and decided to take my contract to Peninsula Hyundai to refinance my car. I ended up taking my other car since I didn't think I would need it as I just wanted to transfer it to my mother. They ended up asking me how many miles where on it, and since we didn't want to face any problems later we told them that it had high miles on it. They didn't bother verifying it. And it seems that banks didn't want to trust a car that is three years old with high miles on it, it was impossible to not have a cosigner with my mother. I ended up just keeping it in my name because I had excellent credit. During our lease end contract signing, we were told to contact Eddie to schedule a Smog check. He told us that we we just needed it done. We didn't contest it, because if my car needs it I want it to get it done as well. The financial representative was extremely pushing for us to get some sort of mechanical insurance, and tried to convince us by telling us that "everyone gets it," and basically ininuating that we would be stupid for not getting it and end up paying a lot of money out of pocket if anything does go down. I politely declined, again and again and again. After everything, we finally could leave, but as we were leaving my mother and I wondered when we would pay our $1000 down payment because he never asked for it. To avoid a future headache later, we turned to ask him when we should pay. He quickly realized his mistake and immediately too our card to pay. I understand it was time for everyone to head home. But this was also incredibly unprofessional.

So a couple days later Luis Miller calls me to set up and appointment for the smog check. I asked him if we would pay out of pocket. He said that we would. I told him if that were the case if I would be able to take it to a place closer to where I lived because it was a long commute to Monterey. And that I could just send them confirmation. He told me that he would find out and and told me that he would call me back. A couple of hours later he called me back to tell me that I actually wouldn't have to pay out of pocket because Hyundai would pay for it. But that I would have to take it to Monterey. I still ended up asking him if they had a place that was certified from them that I could take it in to get it smogged. He said he would call me back. By this time, he was already incredibly annoyed. You could tell by his voice. Finally he called me back again and he said "you know what they told me that you don't have to worry about it."

uhm what? How did it go from us getting told that it needs it, to not to worry about it? After spending a lot of time talking about getting it done. I tried calling customer service to find out if I really needed the smog check because if I did I want to make sure it gets taken care off. A lovely woman picked up the phone and she told me that my car actually had a recall on it. I couldn't believe the amount of time that we ended up here and no one told us that my car had a recall on it? How is that even possible? This is absolutely absurd.

I ended up calling services to schedule the for the recall Luis picked up the phone, he was in an absolutely foul mood. And all throughout this time I've kept my composure. ANd he doesn't have the decency to do the same? I asked him if we could schedule an appointment for the recall, and that while we were at it if I could just schedule the appointment to get my Smog checked out. And he said that that would be no problem. I double checked that we wouldn't get charged. He said "That is what I was told." What a lovely way for the blame to be taken off of him if I were to show up and ended up getting charged for the service. We ended up making the appointment for March 11th, 2019 at 3:30pm. I unfortunatly couldn't go because I was working, So I called to make sure my mother would be able to instead of me, so there was no problems. Luis -in again another foul mood said that would be no problem. Fastforward to later in the day where I look over the paper to find out they didn't even do the SMOG check!!

After he told my mother again and again that they did and that everything was cleared and good to go. My mother doesn't speak good english, and he took complete advantage of her! He outright lied to her and said everything was done and sent her on her way. My mother known enough english to understand if they didn't do a service. So he could have easily told her that they didn't do the smog. He could have grabbed someone if there was a language barrier to translate but he didn't bother! There was multiple ways she could have known that way she could have contacted me if there was a problem. Or hell, even Luis could have picked up the phone to call me to tell me that they didn't smog my car. This is beyond unacceptable!!

Don't ever think it ok to take advantage of someone who foolhardily trusted you. This is so unbelievable Luis Miller. You could have been honest from the START but you lied to me wasted our not only our time but his as well. And over what? being annoyed that I kept calling to verify? seriously?


Mystery shop this guy, his attitude is FOUL. He is a liar. And no matter how many please and thank you's you give him. He won't care.

This guy then has the AUDACITY to leave me a voicemail on March 14th to schedule a smog check.

Nothing. He just wanted to cover his own behind. Smug can't even cover his tone of voice.

I am so incredibly disappointed in his behavior and attitude.

How can Hyundai hire someone who lies to their members

for NO REASON WHATSOEVER. It's honestly heartbreaking how downhill customer service has gone. Bob and Tina over at Salinas Hyundai sold us as loyal customers.

03/05/2019 Category: Service
Service and warranty item
Lewis was very helpful and efficient. Explained what was required to be done for the service interval, then afterwards explained again what was done and also that he will call me back when the parts for the warranty item came in for them to repair the car. Overall, excellent and satisfied.
Recommended

03/01/2019 Category: Service
Friendly and prompt service
I only had to talk to one person for my scheduled appointment, and, was informed it was time for my scheduled maintenance as well, which they performed, all within the time frame that was estimated for the original service alone.

My car was returned to me washed and vacuumed.
Recommended

02/28/2019 Category: Service
The staff are all very nice and knowledgeable.
I like the Hyundai dealership and feel like the employees are very genuine and the service is efficient.
Recommended

Thank you for the 5-star review. We always appreciate positive feedback from our customers.