02/19/2020 Category: Service
Cindy said they have great customer service. She appreciates that they got her in quickly and did the work quickly.
Recommended 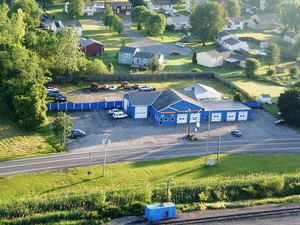 Same day turn around is our goal!

02/18/2020
Quality work
I am very pleased with the quality of service, honesty, friendliness and fair pricing of the work done on my Dodge Journey. I highly recommend Scotty’s Automotive.
Recommended

We did a general check over with pictures on his car and texted it to him.  Pretty cool new feature we've been using for about 9 months now.

02/18/2020 Category: Service
Grace said they did a good job and are very efficient. She stated that the staff are very polite and she especially likes to have a conversation with the front desk girl. She said they are very good and she has no complaints.
Recommended

Awww, how sweet! And if I'm (Beth) too busy to chat there's always the dogs to talk to (or watch them sleep)

01/28/2020
Friendly service
Once again I am pleased with the quality of work, timely manner and friendly service and staff.
Recommended
JS

01/28/2020
State inspection
Very friendly owner/operated business that makes every effort to fit your schedule. Much more satisfying than using dealerships like those on Burdick Street in Fayetteville who have absolutely no incentive toward customer satisfaction.
Recommended
TK
Tina K.
New York
Chevrolet Equinox

01/20/2020 Category: Service
Tina said she lives in Alabama and was traveling. Her check engine light came on, so she stopped by at this business and told them what the problem was with her vehicle. They told her they were busy, that they couldn't get to it until Friday and she could tell that they were, because the parking lot was full of other vehicles. She told them that she would need to leave her vehicle because she needed to go to a funeral, and later they told her that they were able to squeeze her in. They were her heroes. She never had to get a rental and they came through at a time she needed it. They were amazing, they sensed her urgency and met that need. She stated they went above and beyond, in her opinion, she can't rave about them enough, that she felt like she walked into her family's house and they did everything to rescue her. The lady even gave her a hug and told her to have a safe trip. She can't say enough to make it right, they were absolutely fantastic.
Recommended
HS
Helen S.
Minoa, NY
Toyota RAV4

01/17/2020
Great customer service
Went above & beyond. Many thanks!
Recommended
KB
Kevin B.
Kirkville, NY
Hyundai Accent

01/15/2020
So thankful.
Fast friendly service I pulled in ,No appointment from alabama my engine light was on. They checked it and said they would fox it asap. I explained I was on my way to Albany for a funeral I would rent a car and come back to get it.my mom lives here and I was picking her up. Within an hour they called me and said they found the problem and could fox it today. The love and caring to help me was so overwhelming. They fixed my vehicle and had me back on the road within a few hours. No extra expense of having to rent a car. I even got a hug and wishes for safe travels. My HEROES!! Thank you so much!
Recommended

Thank you Tina, you had a lot on your plate and an uncooperative vehicle was not on the agenda for you.  Needed to get you on your way as stress free as possible!

01/15/2020
It works!!
Always friendly and always take care of all my family!! Thank you Tom and family!
Recommended
TK

01/13/2020
Great service
We have had our vehicles serviced by Scottys for many years and have always been very satisfied with their service and the staff.
Recommended

20+ years of service to our Minoa community