39444 Lyndon B. Johnson Fwy South
Dallas, TX 75232
(214) 694-2700
Send a message
www.mydallashyundai.com
About Bob Stallings Hyundai sells New, Certified Pre-Owned Hyundais and Used Cars & Trucks in Dallas. Our service center is staffed with expert technicians who provide quality Hyundai repair and maintenance. The Bob Stallings Hyundai’s factory certified technicians are trained to ensure your Hyundai runs well for the road ahead. We service ALL MAKES & MODELS. Call or email us to set up an appointment today.

10/12/2019 Category: Service
Not feeling confident
I received horrible service and half done service. Customer service is ok or durable but you have no integrity. I don’t feel confident in you alls ability to fix on my car even to address any issues or concerns I have. I’m starting to regret purchasing a car from Hyundai. 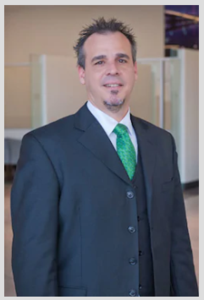 I am sorry that we could not provide you with a 5 star service. I understand that my Service Manager went through all of the service charges and what was done prior to your departure and spoke with you shortly after on the phone in hopes of resolving any concerns. I regret that our attempts to make this right have come up short. Thank you for your feedback, it is important in our continued efforts to always improve.

09/24/2019 Category: Service
Two hours for oil change
It took 2 hours for an oil change and I had an appointment. Very disappointed.

We appreciate your feedback as it helps us to better our service. I'm sorry for any inconvenience we may have caused you and for the long wait time.

08/22/2019 Category: Service
No loaner cars.
Customer service is acceptable but need help in other areas!

Thank you for your feedback, as it helps us to better our service. I'm truly sorry to hear we did not provide you with a five star service!

07/30/2019 Category: Service
Poor Service Follow Up
Within 30 min after my review, I received a call from Bob Stallings Hyundai. I must say that I was impressed to receive a call directly from the Service Manager inquiring about my service experience. I felt that he listened to my concerns and took stock in what I expressed. Most of all, he acknowledged that there are some communication concerns regarding their customer service as expressed by other customers as well. He stated that they have a plan that will be implemented within the next day or so that will help alleviate some of the communication concerns expressed. With that conversation, I feel much better and I'm willing to try again, but will hold a short leash as my expectations for good customer services remains the same. Car service in itself is never a pleasant experience because it usually cost more than anticipated, but it can definitely be made worse when there's a lack of communication on top of that. Here's hoping for an improved relationship!
Recommended
Original Review

Thank you for taking the time to complete our review, as your feedback helps us to better our service. We look forward to providing you with a five star service on your next visit!

I'm sorry to hear we did not provide you with a five star service!

Thank you for your feedback!

01/03/2019 Category: Service
Failed communication
Communication is definitely not the best trait this dealership has.

I apologize for any inconvenience we may have caused you and for not providing you with a five star service.

07/10/2018 Category: Service
Not reviewing
Parts were not available for a manufacturer recall repair.
Recommended

I'm sorry we did not provide you with a five star service.

I'm sorry we did not provide your with a five star service!

12/22/2017 Category: Service
Didn't receive car wash or vacuum
One of the perks I like about going to this dealership to get oil changed and service is the car wash and vacuum but I didn't receive. I was told about something car needed but when I took to another business it was evaluated and a non issue that was taken car of literally in less than a minute.

Thank you for taking the time to provide us with your feedback as it helps us to improve our service department.

I apologize for any inconvenience we may have caused you.
Feel free to contact our Service Director regarding this issue,
Dean Davis at 214-694-2700 Ext. 2785

09/26/2017 Category: Service
Too much for oil changes and I have the same problem that I started with CHECK ENGINE LIGHT ON
I would recommend Bob Stallings to friends and family because its the only Hyundai dealer around, who wants to drive to Arlington or Mesquite Oil changes are too expensive at Bob Stallings
Recommended

Thank you for you feedback as it helps us to improve our service. We apologize for any inconvenience we may have caused you. A manager from our store will be contacting you to get this issue resolved.

07/14/2017 Category: Service
Oil change
Went in for an oil change , my first visit with the Dealership. I was used to the Lexus dealership where once pulled in you were greeted and car was set in queue for service. Went in , was not greeted, walked up to the "desk?" Told clerk I needed an oil change, I was told to wait and someone would be with me. So I waited to be acknowledged , few moments go by and still no one seemed to notice me, so I got tired of standing so I sat down on some chairs provided near the door. Two other customers walked in after me and were immediately greeted and proceeded to be helped. Soon the first clerk I talked to got with one of the service men and said I had been waiting, and at that time was approached and asked if I had been help. To which I replied "no" Then I was told I wasn't approached because I was sitting in the "waiting area" Well then where should someone who hasn't been waited on that's tired of standing go? It was a bit irritating, for a first impression to say the least.
DEAN D. from Bob Stallings Hyundai responded on 07/17/2017

Thank you for taking the time to vistis with me on this situation.

04/23/2017 Category: Service
Resolved Issues
I honestly appreciate the fact that the Service Manager contacted me via phone regarding my problems and offered my complimentary car wash that I didn't get the first time due to time constraints and an oil change for my troubles. I admire the fact that they held their self accountable to some degree.
Recommended
Original Review

04/23/2017 Category: Service
Oil Change
Oil change took over an hour. I was overcharged b/c I had a coupon but since I didn't mention it to the service tech they charged the full price and told me the difference couldn't be refunded.
Marcus W. from Bob Stallings Hyundai responded on 04/24/2017

I would like to apologize for the issue with the coupon. In your comments you stated that you didn't mention that you had a coupon until after the service was completed. I researched your ticket and service and it appears that the repair order was already closed when we were alerted that you had a coupon. We try to make sure all customers get the benefit of using coupons and looks like we missed this opportunity. As for the time to complete the service, I have documented time of service being 39 minites. The repair order was opened at 7:09am and closed by the cashier at 7:48am.

Here at Bob Stallings Hyundai we strive to provide EXCELLENT CUSTOMER SERVICE. I hope that you will give us another opportunity to assist you and provide you that service.

Thank you for the re score. i really appreciate it.