98% Would Recommend
Latest Review 1 day ago

06/16/2019
$204 gas cap - dishonest or incompetent?
I didn't want to write a review for a simple reason. After I read one negative review about this gas station, I saw that the owner writes a rebuttal and makes a reviewer look like either an idiot or an evil person. This is the fifth or sixth request for a review and I am getting annoyed. I took the car in to have the check engine diagnosed. Prior to that I had been at the Advanced Auto parts store where they read error codes for free - it was the evaporative control systems leak. Gas cap needs to be checked first, which I did, but didn't realize it had a leak. So I took it to be checked out on Thursday and was naive enough to think that on Friday I would receive a call back. Nobody called all day, so I rode my bike there to see what was going on. I was told that detecting a leak can be difficult and that they needed more time. Nobody called on Saturday. On Sunday they were closed. Nobody called on Monday, so I stopped by at about 5 o'clock. They told me the car was ready and that they only charged me 1.5 hours instead of 2 that was originally agreed upon, plus $40 for the gas gas cap and the total was $204. When I looked at the odometer I realized that the car had been driven for 24 miles. No my question is - did they detect the problem withing the first 5 minutes and kept the car for 4 days because someone needed it? In this case they are just dishonest. If they actually did need those 4 days do diagnose a simple problem, then they are incompetent. Also, waiting for a phone call for 3 days is very humiliating. The bottom line is that I will never go back there again.

02/07/2019
BAD AND NASTY SERVICE
I whent for oil change service, and they spill oil everywhere, they Didn’t clean my car smell sooo BAD.

I'm so sorry you had a bad experience with an oil change here. Please bring your vehicle back by so that we can fix the problem by cleaning everything up. In addition, as a show of good will on our part, I would like to offer you a free oil change on your vehicle the next time it is due.

08/16/2018 Category: Service
Fred said he refused to pay this business for the service. He said he would agree to pay something but not more than $30.00. The staff agreed and he left. The owner heard every thing that was said and pretty much sat in the middle. He was totally frustrated. He is never going back.
Original Review

08/16/2018 Category: Service
Fred said it was a bad experience. The manager was rude and said bad things. It was expensive and he had to pay $178. The manager would not give his wife the keys to the vehicle. He was not happy and will not recommend them and will not be back. 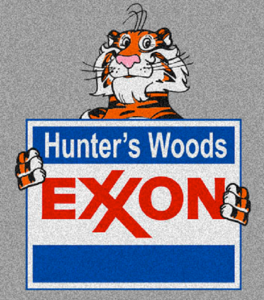 Fred brought in his MERCEDES and requested the battery to be checked/recharged and the charging system to be rechecked. We load tested the battery, did a complete check on the starting and charging systems and recharged the battery followed by another load test. That consumed a standard 1.5 technician hours totaling $178. (No problems were found other than a dead battery due to a light the owner left on) When Fred and his wife came in to pick up the vehicle, Fred's wife said she did not have enough money or capability to be able to pay $178. When I asked Fred if he thought any work and diagnosing on his car would be free he said Autozone would have done the same thing for free but we were more convenient and he wouldn't need to remove the battery to be recharged. I told him we have to charge for what we do because it costs money to be open and my technicians only get paid by doing work we can bill the customer for. He then replied that it should only have cost something like $35 for the convenience. I said that doesn't even make it worthwhile to have opened the hood on his car and for that small of an amount I would have refused the vehicle. He and his wife got loud and were making a scene in the cashier area so I reduced the bill to $35 (which also means my technician only gets $10 for his 1.5 hours of time spent on the vehicle) so that they could "afford" to pay the bill and then invited them to take their business elsewhere in the future. Fred's wife even expressed that she didn't care about my tech not getting paid for his time spent even though I explained that she was essentially taking food off of his table.

"Just because you can buy a Mercedes doesn't entitle you to special privileges and free service. Nor does it mean that you are better than anyone else"...Unknown

I am very pleased that Fred will not return. He and his wife both believe that the world owes them everything and that he should get services for free even though he is NOT loyal to anyone with his business. He will not be missed. There are tens to hundreds of much more pleasant customers more than happy to take his place as patrons of this establishment.

06/13/2018
Ripped off
I entered the the shop to fix the heater and as soon as he found the issue he didn't tell me what was wrong or what he was fixing and after he showed me that all he did was push something in for that he charged me $178 which is very extrodianary and unacceptable. For what he did he charged me to much. On top of that he didn't treat me very nice he was very rude and did not give me the proper run down for fixing what was broken. The workers name was Marc and I am a returning customer this is obsered to me. He even when to say if I didn't pay to walk out and he would keep my car this is just very terrible.
CP

05/29/2018
It took 3 weeks until I got my car back and they did not fix it.
If you are looking for more then an oil change be ready to be disappointed.
I took about 3 weeks and got the same feedback "Need more time to figure it out"
when I got back my car and went to the dealer it was done in a few hours.
RE
Rob E.
Virginia
Toyota Sienna

02/16/2018 Category: Service
Rob said there has been no change. The business has done nothing. The person that worked on his vehicle contacted him threatening to take legal action.
Original Review

Under no circumstances did I EVER call Mr. Elliot a liar, I never used those words or inferred the same. Mr Elliot is also saying that we completed work on the vehicle that was not authorized, HOWEVER I have all of the phone call notes showing that all work WAS authorized by either himself or his wife. My information can also be collaborated by my office staff who also participated in the conversations. Mr. Elliot's wife was present at the time of pick up (she PAID for the repairs, she SIGNED the invoice and is the owner operator of the vehicle) and expressed that she was satisfied with the work and extra attention to detail to make her vehicle safe and keep her and her passengers from risk of carbon monoxide poisoning due to all of the exhaust leaks. At the time of pick up Mrs. Elliot had to tell her husband to calm down because a 10 minute delay to finish up the vehicle was not going to impact her departure in the vehicle for an out of town trip. When a follow up call was made to Mr. Elliot to inquire which repairs were not authorized and what would he be taking "legal" action about, he had no idea and instead responded gruffly "You know what they were!" and promptly hung up. The vehicle had been dropped off on Friday 2-9-18 late with no appointment and was delivered Saturday morning 2-10-18 completely diagnosed and repaired which required late after hours work on Friday and putting priority on their repairs over other cars already waiting. The welding repair work that had to be added on to the original estimate cost $164.84 and saved an otherwise broken out left side exhaust manifold/catalytic converter that is special order and lists for $512.87; also, $87.91 for welding two rust out holes in the rear pipe in front of the muffler that otherwise would have required a replacement pipe that is special order and lists at $213.98. Only $252.75 worth of repairs had to be added and was approved by Mr./Mrs. Elliot instead of $726.85 worth of parts and $164.84 worth of labor that any other shop unable to weld would have charged.

01/25/2018
Updated after speaking with Mark.
Mark did follow up with me, and listened to my concerns, and talked about what he was doing to ensure this sort of circumstance never happened again. I agreed it was an unusual happenstance given the good care we've had over the years, and he assured me that he wanted my business. I agreed that we'd give them another chance.

I've felt very well cared for by this local business over the years, and it's important to have mechanics you can trust caring for your vehicles. With Mark's assurances, I will be returning, and look forward to restoring the high confidence I've had in them.
Recommended
Original Review

01/25/2018
Disappointing service with latest visit
Have been doing business with this station for roughly a decade, with generally a favorable experience. However our latest experience was extremely upsetting. Took the vehicle in for repairs on Friday morning and based on initial feedback expected the vehicle back the same day or the following day. Saturday came with no updates. I called (to find out work hadn't started) and visited and left with the impression it would be done by Monday morning. Called multiple times on Monday, and finally was told he'd be working late and expected the car to be done by Tuesday morning. Tuesday around noon I was told it would be done by 2:30 (which suggested the work still hadn't been started). Between 3 and 3:30 when I visited it wasn't done but was at least up on the rack. Came back at 6, and then finally picked up the car around 7. -- I understand things happen, but communication was non-existent and I spent significant time trying to get updates. -- If this will be the standard of care going forward, I won't be returning.

I contacted the customer and we were able to arrive at an understanding of each other and the customer stated he would like to continue to have our shop do his auto repairs in the future.

We are sorry that she had a bad exprience! She requested Synthetic oil change in her workorder, and when she got her bill she was not happy with the cost of Mobil1 synthetic oil! On her next visit we will make sure that she get quite satisfy with our service.