98% Would Recommend
Latest Review about 4 hours ago

06/25/2020
Good service! Nice people!
Gary help me out with everything I need. And they're all nice people out there and I always appreciate that everywhere I go.
Recommended 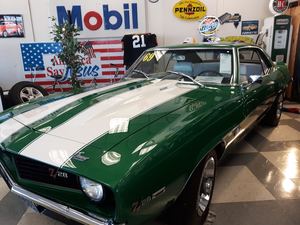 Venjo ~ Thanks for choosing MSAC and taking the time to complete our service review.

06/16/2020
Always a pleasure
Been going here through 2 cars. This is my only mechanic. Always satisfied always on time great follow up. Keep me in the loop of the work performed. Gary shol owner 2 thumbs up.
Recommended

Thanks for choosing MSAC and taking the time to complete our service review, James.

07/17/2020
Follow-up on catalytic repair
I was told the oxygen sensor needed to be replaced and that the car’s vibration was due to a bad engine mount. I was also told that the Turbo wastegate actuator arm was the cause of an annoying metal buzz. I spoke with the shop’s partial owner and came to a relatively reasonable cost agreement for the additional repairs. The result I got is a mix bag. The oxygen sensor cleared the whistling at about 60MPH. The engine mount replacement did nothing. I was told additional mounts are in need of replacement. As for the metal buzz, I was told now that it’s the Turbo wastegate Itself that is bad. I initially believed what they told me but this metal buzz happens at idle and the P2263 code that I originally had cleared. There is no Turbo fault code and yet I still have a metal buzz when the turbo isn’t engaged. This doesn’t add up. From what I’ve seen so far, this shop’s troubleshooting skills does not address root cause. They will have you replacing anything they can apparently hang the problem on.
Original Review

06/16/2020
Poor Service
I took my car to this shop after getting several email requests From Monument St. Auto Service believing that I would get quality service. From the moment they started working on my car there were problems. The first thing they did was damage my wheel lock key. And instead of taking responsibility Gary the shop began to play dumb and stated when I went to pick up my car that my wheel lock key was already damaged. The second issue was the removal of the front end catalytic converters. I called the shop a couple of days earlier and spoke to Gary about the check engine light and emissions inspection failure and their diagnosis a few months earlier that the front end catalytic converter needed replacement. I specifically asked if he needed me to come in for a diagnosis since he had already looked at it and that I had no new Codes. He said no and said he would order the part and let me know when to bring the car in. The appointment was for Friday 12, June. He called back and said that he ordered the part and that to bring the car in. I was at the shop at 9:30 in the morning . The appointment was for 10:00am. The mechanic took 7 hours to remove a bolt. Then they told me that there wasn’t enough room to remove the catalytic converter. The converter was free floating with the oxygen sensor and wires attached. They had cleared no room for the removal of the part. I ended leaving my car there overnight after I had told Gary that this was my only vehicle and that I could not drop it off prior to scheduled appointment. Anyway, on Monday no one called me to give me a status update. So around lunch time I called the shop and left a message for Gary to call me because I needed to know the status of my car. The technician said that Gary was at lunch and he’d call me when he got back. At 1:30PM Gary called for a split second and hung up. He left no voicemail. I immediately called back to know what was going on. He then told me that they put the catalytic converter in but the check engine light was still on because they got a new code for the oxygen sensor. He proceeded to say that he needed to charge me for the oxygen sensor. At that point my confidence level dropped. He refused to take responsibility for that. So I went to the shop to pick up my car. I told him that he hadn’t taken for anything. And before I could leave the parking lot heard a grinding sound that I had to go back into the shop. At that point there were to many incidents. So Gary took the car in and told me that the grind was from the car’s steering angle and corrected it. Embarrassed he wanted to replace the $30 wheel lock key but not the pricey oxygen sensor. But that’s not the end of the story. I checked the onboard computer and had five(5) new Codes that day. And, my no longer drives the way it normally does after leaving Monument St. Auto Service. I have a weird whistle above 60MPH from the engine bay. I called and told the shop about it all. I have to go back to this place that I have very little confidence in to have them just put my car back to where it was before they touched it.

Thanks for taking the time to share your concerns. Our goal is to perform great service every time. We are sorry that we didn't meet your expectations this time around...but do hope that you would give us another try.

We have the knowledge, tools, and experience to keep your vehicles in top notch condition.
We Do it All From A to Z - Imports and Domestics - Since 2002
Call us for All your automotive needs 410-522-3737

05/08/2020
Fixed everything that the shop before him messed up
The best shop in Baltimore city hands down. Fast great work and friendly environment. I will never let anyone else touch my cars
Recommended
JR

04/30/2020
Great Service
I have taken my cars there and Gary has always provided excellent service.
Recommended
JR

04/22/2020
great service as usual
garry and the folks at monument auto took great care of me once again. garry explained what needed to be done including cost and time estimates. they’ve worked on my vehicle for years and i would recommend them to anyone.
Recommended
MR

04/10/2020
Quick and fast
The young lady at the front desk was excellent. Very professional and know her job well.
Recommended
MC

04/10/2020
Went for State Inspection
Were quick and efficient. A little more expensive.
Recommended

03/26/2020
Great customer service
I always have a great experience when I come here. The staff is always freindly and helpful
Recommended

We have the knowledge, tools, and experience to keep your vehicles in top notch condition. We Do it All From A to Z - Imports and Domestics - Service the way it's meant to be!
Thanks again for recommending MSAC.

Thanks for choosing MSAC.  We Do it All From A to Z - Imports and Domestics - Service the way it's meant to be!
Eva, Thanks again for recommending our Shop.

03/04/2020
Fantastic and Trustworthy
If you don’t already love or have a mechanic, you absolutely need to give Garry and his team a chance at Monument Auto. Extremely professional and trust worthy with easy parking!!!
Recommended

We have the knowledge, tools, and experience to keep your vehicles in top notch condition. We Do it All From A to Z - Imports and Domestics - Service the way it's meant to be!
Thanks again, for choosing MSAC and recommending our Shop, Shelbi.

03/02/2020
tires
I have had a continuous problem with my tires losing air. I asked that a technician check tire pressure. One of tires had low psi and was not corrected
Recommended

Thank you for choosing MSAC and taking the time to complete our service review.

We are sorry that we didn't meet your expectations this time around- Thanks again for sharing so that we can correct our procedures.  410-522-3737

Mark, Thanks for choosing MSAC and taking the time to complete our service review.