1672 Cassat Avenue
Jacksonville, FL 32210
(904) 384-0050
Send a message
http://www.westsidehyundai.com/
About Westside Hyundai’s factory certified technicians are trained to ensure your Hyundai runs well for the road ahead.

04/01/2020 Category: Service
Service appointment
Paula Williams was wonderful with reaching out to take care of our vehicle
Recommended
Original Review

04/01/2020 Category: Service
Add ons
Mechanic told me my washer fluid was low and I would need a complete flush which is expensive and my car only has 17,000 miles.
JOHN K., Service Director from Westside Hyundai responded on 04/01/2020

I apologize to hear about your recent service experience. We will reach out to you shortly and do whatever we need to make this right for you.

I am sorry that the service we gave you on your vehicle was unsatisfactory.  Please contact me so we can discuss this matter.  Thank you for letting me know.

02/25/2020 Category: Service
Review
Westside Hyundai did an outstanding job repairing my vehicle. The staff and leadership were friendly and did everything to ensure that the vehicle upon return was to my satisfaction. You guys ROCK!!

02/25/2020 Category: Service
Westside Hyundai Service Department
Westside Hyundai's service department "Wow'ed"me at my service visit! From their service manager Ms. Paula right down to the team's performance. Absolutely impeccable people and service! This will be my destination for all of my service needs. Also, if you are reading this review join me in making this awesome place the home for all of your service needs.

Thank you for your input pertaining to the outside door handle.  Please give me a call and we can reschedule.

01/31/2020 Category: Service
Dirty filters
Why come to a place and service is not done. Well if I knew how to maintain my car I wouldn’t come here
PW

Thank you for your input. We are striving to improve our service to our customers.  This is a work in process and we appreciate the input from our customers.

I apologize to hear about your recent service visit. We will reach out to you shortly and do whatever we can to make this situation right.

Afternoon Mrs. Rose apologize for any miscommunication. The Service Director will be reaching out shortly.

08/13/2019 Category: Service
Mrs
Having been disappointed on the time it took to have my car serviced my review reflected a low approval. I was contacted by Mr. Sherman and was offered my next service on the house. I appreciate the quick response to make it right
Recommended
Original Review

08/13/2019 Category: Service
Mrs
I service my car at Westside Hyundai religiously to avoid warranty cancellation. Time is important to me so improving time for small or less major work need to be addressed
Recommended

Mrs. Clarissa apologize for the inconvenience, your time is valuable. You will be receiving a follow up from the new Service Manager.

08/05/2019 Category: Service
Cannot,fix or have to keep coming back
Been trying to get lights on dash fixed since 7/29/19, took it then, had to pay for diagnostic,came back on next day,called and talked to Mr Holloway on 8/2 and said it would fix and to call Monday,got appt for another appt,8/6,, took over,(had to get ride to work)sherman Cooper said it was fixed ,,husband went to get car,got in car,cranked up,lights still on,, had to come back again,same day,they said ok it's fixed, got in car ,yes lights are off, good I thought, went to put alarm on car that night,no security sound,, so was the security took off so lights would not come on dash,, said ok maybe batteries in key,it was not,, called again, left message, , wondering now if other light such as warning light will come on if needed or has all of that been took off called left message,Sherman called left message,i. I called Sherman on 8/13 .spoke to someone else who said he would have him call me,,I have not heard from anyone since then.today is 8/19,,, so I have talked to the general manager,l have talked to manager over service department, I have talked to some other service guy,, I have had to get rides to work, time to keep going over there to get my car fixed,I am 62 years old and this is my first new car I have ever had, what is the problem ,on something that seems should be a easy fix,the only thing I can think of is ,the mileage is fixing to be 60000,so I probably not be under warranty. Maybe I should go to another dealership,,but not very happy with this one.?.
JH

Hi Mrs Rooker i apologize that we didnt meet your expectation of excllence. please give me a call to discuss how we can prevent this from happening to you or any other customer in the future. thanks fo your feedback.

07/09/2019 Category: Service
Communication Should Be Better
Car repairs can be very frustrating and miscommunications make it harder. Better communication would have made the experience much less frustrating.

I am so very sorry to hear about your experience.  I would like to speak with you further about this. Please contact me at your next available time so we can make it right.

06/25/2019 Category: Service
A mess
There was no communication and the shuttle driver needs Hyundai phone to give to customers.

We are all so very sorry this was your experience.  We certainly want to make things right.  Please contact me directly at 904-384-0050  or rlupo@hananiaautos.com and I will get our staff on to the task of taking care of you the way we should have the first time. 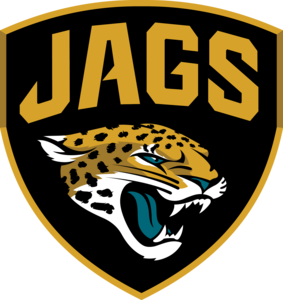 Linda,
I am very sorry to hear this! I will be in contact with you on Monday to get this resolved.  You deserve a better outcome.

Linda,
I am very sorry to hear this! I will be in contact with you on Monday to get this resolved.  You deserve a better outcome.

04/23/2019 Category: Service
Check Engine Light
I have been in now twice due to the check engine light keeps coming on. Now need to take more time off from work to get them to look at the car again. This is a NEW car. I should not be dealing with these issues.
LJ

04/20/2019 Category: Service
Friendly staff bad service
Took over a hr for an oil change and that was with me opting out of inspection and car wash. Want informed about time or wait until after complaining several times to different people about amount of time it was taking. Poor communication.
AA

Im sorry that your oil change took longer than was communicated.  We are working on our processe to make it faster and smoother for you.  Please come back and see our Service Manager so we can address your issues and get it resolved for you.  Thanks for your comment.

04/10/2019 Category: Service
Disappointed using the online appointment
I scheduled to have my car serviced and the oil changed. My son got there and they didn’t have the appointment on the book so he showed them the confirmation number. They tell him he doesn’t need the regular maintenance that is due at 37, 500 miles and just did the oil change.
Recommended

I'm sorry we didn't see your appointment in our system.  We are working with our IT dept to get this resolved.  The 37k service calls for an oil change and tire rotation.  We would love to have you come back so we can do the tire rotation for you and take care of any other needs you might have.