ReScores (94)
Improved
06/14/2021 - "Excellent service and attention to detail."
&quotMy wife and I recently moved to the Olympia area. Last week we had our vehicles serviced at Titus Will..."

4.8
478 Reviews
&quotI have been handling out their business cards to everyone. (Entered by customer via UpdatePlus) "

100% Would Recommend
Latest Review over 1 year ago

03/13/2019 Category: Service
Jamie said she was told her vehicle needed a new air filter, when it was replaced 2 weeks prior. She also said the last time she took her vehicle to the business she had some inconsistencies with their filter recommendation.
Recommended
DR

03/07/2019
Great customer service
Ike & Toni do a great job of explaining what's going on with my cars. They are able to give me options and recommendations. They're honest and friendly advice is appreciated.
Recommended
AP

03/06/2019
Good work BUT
The work was good as usual but I had a letter from my girlfriend all neatly tied up in the front console, but when I went to see if it was still there it had been opened. Again great job done, not happy with invasion of privacy.
Recommended 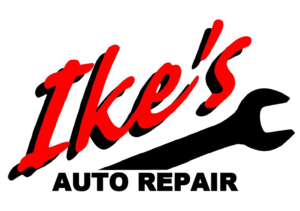 I sure appreciate the opportunity to talk with you today. Please be assured that we honor and respect our customers privacy. We look forward to continuing as your auto repair specialist.

03/01/2019 Category: Service
Myrna said the business is great. She said they are accommodating and just good people. They do really good work. She does recommend them to others.
Recommended
RW
Richard W.
Rochester, WA
Ford Expedition

02/18/2019 Category: Service
Richard said the business does a good job and they're honest. He does recommend them to others.
Recommended
PG
Pupatch G.
Rochester, WA
Chevrolet Tahoe

02/12/2019 Category: Service
Amy said the staff are awesome and she appreciates the great service she receives. They are courteous, friendly, and helpful. She really likes the report she receives on her vehicle, and the service is completed in a timely manner.
Recommended
AS

My GMC pickup is 26 years old with 120,319 miles, To say I don't use it that much is an understatement but when I use it I want it to run. I noticed the power steering was stiff, hard to turn at times. I took it into Ike and told him about the situation. He had installed a new power steering pump 4 years earlier and it had less than 650 miles on the truck since. The warranty is for 3 years or 36,000 miles. He diagnosed the issue as the pump or the gear box. Since the pump & labor was the least costly he recommended replacing that first. If that didn't solve the problem then the gearbox would have to be replaced. Since it was over three years the warranty on the pump and labor had lapsed.

Ike in his honest customer friendly approach said he would install a new pump for only labor charges. I decided that was fair enough and hoped that would solve the issue. It did and I was a happy camper again!

I've been relying on Ike for many years now to maintain my vehicles and for advice on mechanical issues. Ike has established a friendly warm operation from where he began as a one man operation in a cubbyhole shop. You'll be treated first class from beginning to end. If you need vehicle service, this is the place to go! On top of that he offers a customer care club service for a small fee with many free perks, ask about it!
Recommended
BD
Barb D.
Rochester, WA
Saturn LW

01/18/2019 Category: Service
Barb said that she's real happy that she got her vehicle back. The staff always does good work, and she trusts them. When she takes her vehicle there, she knows it'll be taken care of and that she won't have to worry about it.
Recommended
MF

01/16/2019
electical problem
Even though I did not have an appointment Toni was able to get my van in for diagnosis. The tech was able to find the problem and it was one that I could fix so they gave me back my van without pressing me to have them do the work. I totally appreciate the good work and attention to detail that Ike's does. They realize that not everyone can afford the cost of repairs.
Recommended
MS
Mike S.
Rochester, WA
Chevrolet Silverado SS

01/16/2019 Category: Service
Mike said he is very happy with the service this business provides.
Recommended

01/03/2019 Category: Service
Anne said they do quality work and they warranty it . She also said they are good, honest guys and it's a great place to go.
Recommended
TS
Ted S.
Centralia, WA
Hyundai Accent