2269 Post Road
Fairfield, CT 06824
(203) 418-4446
http://www.yourfairfieldhyundai.com/
About The service department staff at Balise Hyundai of Fairfield is here to help make sure your Hyundai vehicle keeps performing as well as the day you drove it off the lot. 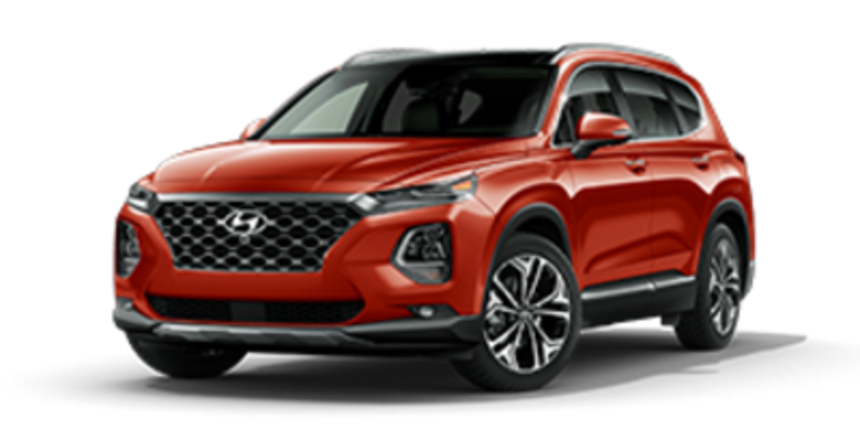 07/05/2019
Great drive, but...
It drives great, but I’m a big audio guy. I wouldn’t consider myself an audiophile, but I like music enough to know when something doesn’t sound right. When I tested the audio in the front row before buying the car, I thought it sounded pretty good for the most part. Vocals were clear, decent mids, and bass was pretty solid. Satisfied with the audio in the driver seat, I didn’t bother testing in the audio in the back, because I assumed that a high quality company like Harman Infinity, it would at least sound similar to the front. I was wrong... a few nights after buying the car, I got home from work and I wanted to hear what my passengers were hearing in the back. I like modern music, and a lot of pop, edm, rap, depends on bass. When the bass drop came while I was sitting in the back seat, there was nothing... literally nothing. No matter how much I adjusted the EQ settings, I got nothing. Even my friends noticed it! I took it to Hyundai and told them it was nothing that I’ve heard before (that is, hear such an enormous difference between the front and back seats). The guy literally looked at it for about 5 minutes and came back. He said “All speakers are working as intended.” I didn’t doubt what he said, but it just showed me how little time Hyundai engineers spent in the audio process. It doesn’t show much effort. They definitely need take into account ALL listeners in the car, not just the front. I understand that there are more speakers up front than in the second row, but it’s still nothing that I’ve ever heard. Bass is a big part of music in today’s music world, and it’s nonexistent in the second row. If I had tested the audio in the second row before I bought the car, then I probably wouldn’t have gotten it at all. For people who like modern music, Hyundai audio engineers missed it big with this one. And for this reason, I’m taking off a star.
Recommended
Pros
Comfortable, smooth ride, spacious, easy to use controls
Cons
Disappointing audio in second row (No bass response)
LF
LORI F.
2019 Hyundai Santa Fe

07/05/2019
Best value in styling and warranty.
I love my new Santa Fe. The exterior and interior features meet my needs perfectly. I was impressed with all the safety features and the overall dealership experience. The test drive sold me. It's a fun vehicle to drive.
Recommended
Pros
Safety features and warrenty
Cons
Need more AWD
RB
ROBERT B.
2019 Hyundai Santa Fe

07/05/2019
Great quality and value.
The Santa Fe is just the right size vehicle for us. It fits nicely between the larger SUVs and the smaller ones. The build quality is excellent and the performance is among the best in its class. We are very pleased with our decision.
Recommended
KB
KRISTEN B.
2019 Hyundai Santa Fe

07/05/2019
Satisfied for 12 years
Always knew we were going to get another Santa Fe. Just had to find the right dealership to work with ! Knew of Hyundai workmanship years ago from their ship building days. When they started building cars, knew they would produce quality!
Recommended
Pros
Dependability.previous car was Santa Fe, lasted 12 years.
TM
THOMAS M.
2019 Hyundai Santa Fe

07/05/2019
Santa Fe love
So far I love my Santa Fe. The 2.0 turbo gave me more power. The cabin is very roomy. It offered what I was looking for at an affordable price. Researched and drove a lot of vehicles and I liked this one the best. I’ve never felt safer in anything I’ve owned.
Recommended
AW
ALICE W.
2019 Hyundai Santa Fe

07/05/2019
2019 Hyundai Santa Fe Ultima
The Santa Fe is a great automobile! I love all of the features, especially the Smart cruise control and the Driver Assist. It looks good, rides very nice and handles very well. The Lava Orange is a beautiful color. I am very happy with my purchase!
Recommended
Pros
Love it!
Cons
Length of the drivers seat is 1” to 2” too long even when retracted. I’m short.
OS
OWEN S.
2019 Hyundai Santa Fe

07/05/2019
Pleasantly Surprised
I love the comfort of the ride. Heated seats are a necessity where I live but, on these 90 degree days, the cooling seats are heavenly. The back seat is comfortable for adults. The side screens on the back seat are great for my dog. I absolutely LOVE the storage space provided.
Recommended
Pros
Comfort & Storage
DS
DAVID S.
2019 Hyundai Santa Fe

07/05/2019
Sant Fe Ultimate
Excellent job across the board with the design / Engineering, BIW, Paint, Assy. Please pass along my appreciation and comments to the crews that work at your Alabama Assy plant! I couldn't be happier!!
Recommended
Pros
Great vehicle!
Cons
None
TW
THOMAS W.
2019 Hyundai Santa Fe

07/05/2019
Mid Level SUV
The Santa Fe fits into the mid-level SUV category in my opinion. The overall design is good but it just has a little too rough a ride for what I was expecting. But to be honest I have not had a smooth ride from too many SUV's. They all seem to feel every bump in the road except the higher end ones.
Recommended
Pros
Vehicle warranty is what made my decision to by this vehicle easier.
Cons
Has a rougher ride than I would like.
GR
GAYNIEL R.
2019 Hyundai Santa Fe

07/04/2019
Quality Product
I was very impressed with over all quality, safety, and appearance. We have been looking for a new vehicle and fell in love with Hyundai as soon as I drove. It had everything I was looking for, and quite a bit more. The over all safety features were an added bonus.
Recommended
LF
LAWRENCE F.
2019 Hyundai Santa Fe

07/04/2019
New car
All I could asked for in a new vehicle.
We went to California from Arizona on one tank of gas!
We are planning on doing a lot more traveling so that made us very happy. The ride was smooth and surprisingly easier than ever..
Recommended
ND
NICHOLAS D.
2019 Hyundai Santa Fe

07/04/2019
The 2019 Hyundai Santa Fe
This vehicle is probably the best vehicle in its class based on all the amenities that come with the price. The ride, comfort, quietness, and stability are hard to beat. What also excels this vehicle is the warranty which comes at no extra cost. I have owned quite a few automobiles in my day and some fairly expensive ones at that, but I have to say I really enjoy driving this one.
Recommended
Pros
All the safety amenities that are standard in this vehicle.
Cons
Gas mileage could be improved
NR
Nada R.
2019 Hyundai Santa Fe

07/04/2019
Tremendous value
The 2019 Santa Fe provided an outstanding combination of value, styling, features and performance. We compared against Honda, Toyota, Subaru, Jeep and Acura. It drives really well and has an outstanding warranty. Drives well and is feature-rich (we got the highest end trim). Our only complaint is fuel economy, which is poor compared to rivals. However if you factor in the initial cost savings and do the math you are still well ahead. Would have been perfect if a hybrid model was available.
Recommended
Pros
Styling, warranty, quality, comfort, feature-rich, value for the dollar
Cons
Fuel economy, acceleration
RZ
RUDY Z.
2019 Hyundai Santa Fe

07/03/2019
2019 Hyundai Santa Fe is a winner!
I leased the 2019 Santa Fe SE for my wife who, at first, was bummed about turning in her 2017 Tucson Night. The base model has been a pleasant surprise in terms of style, comfort, and fuel efficiency. While she still misses her panoramic roof and the turbo, overall we think we made a great decision and she is looking forward to turning in her Santa Fe in a few years and moving up to the Palisade.
Recommended
Pros
Love the size, comfort, styling and ride
Cons
None
RR
ROBERT R.
2019 Hyundai Santa Fe

07/03/2019
New Car
Does not like my flip phone will not upload contact list. The seat heat comes on for no apparent reason. The Media defaults to the Bluetooth phone. Appearance very good. The trunk area should have more places for elastic cords .(I tie down lawn mower gas can when refilled AND don't want them to spill.)
Recommended
Pros
Good gas mileage
Cons
Gas tank should be 4 gallons larger. does not detect front collision distance.
RK
RYAN K.
2019 Hyundai Santa Fe

07/03/2019
Awesome!
The driveing is fantastic! I love the design but disappointed in that it’s been changed right after I purchased and now I want that one! Lol. But overall I love the space and the feel of the car. I honestly couldn’t be happier with my purchase. From start to finish my dealer went above and beyond to make me feel apart of the Hyundai family! Keep up the great designs! #HyundaiFam4Life!
Recommended
JH
JUDY H.
2019 Hyundai Santa Fe

07/03/2019
Sante Fe
I love the fuel efficiency of my Sante Fe as well as Google CarPlay with voice prompts and visual display of map. Also, I love the safety features such as beep when going outside of lane and reminders to drive safely.
Recommended
Pros
Fuel efficiency
Cons
Outside noise
JG
JAN G.
2019 Hyundai Santa Fe